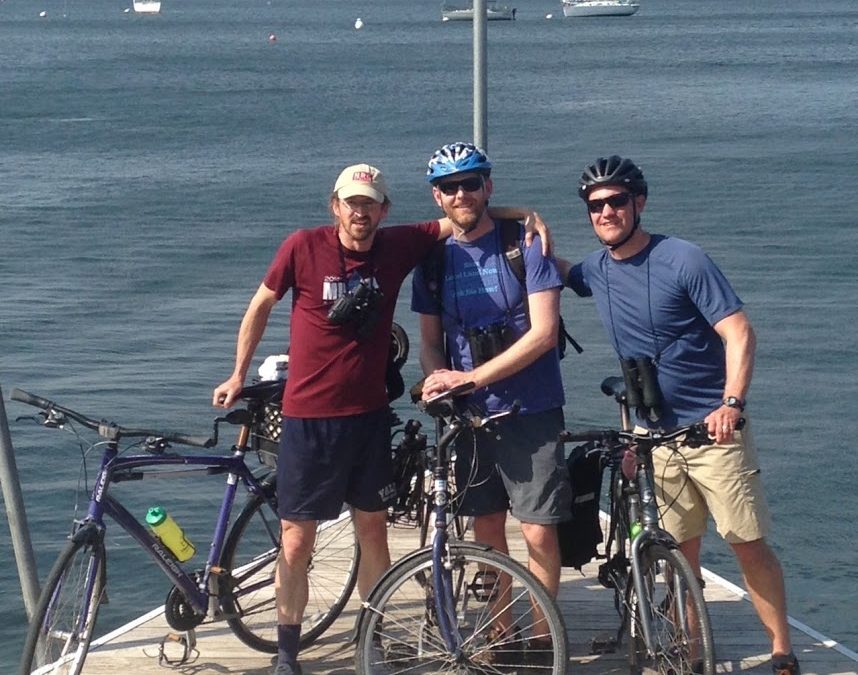 Birds that spend time in Wisconsin got a big boost from the Great Wisconsin Birdathon this year. Birdwatchers participating in the walkathon-style fundraiser, organized by the Natural Resources Foundation of Wisconsin, raised more than $90,000 for bird conservation by forming teams, soliciting pledges and donations from friends, and trying to see as many bird species as possible in one day.

This record-setting Birdathon year will allow the Foundation to expand support provided to existing priority projects, while adding support for several new projects identified as priorities by the Foundation and its bird conservation partners—Wisconsin DNR and Wisconsin Bird Conservation Partnership. The total disbursal from the Natural Resources Foundation of Wisconsin’s Bird Protection Fund was $94,960, which was distributed to 10 priority conservation projects here in Wisconsin and abroad in the places Wisconsin birds winter.

“Natural disasters are in the news a lot these days, and birds are also vulnerable,” said Diane Packett, Birdathon coordinator at the Natural Resources Foundation of Wisconsin. “Their habitats and food sources can be devastated by storms, fires, and droughts. There are never enough funds for conservation and research, and that makes programs like the Birdathon more important than ever.”

“We will be able to continue our work as the only bird observatory on Lake Michigan, through the support of many people donating to the Birdathon,” said William Mueller, director of the Western Great Lakes Bird and Bat Observatory. “Thanks to everyone who participated and donated to the Birdathon!”

This year, forty-nine teams from all over the state participated—including two dozen teams representing conservation organizations and Bird Cities that raised $11,000 for their own projects. Donations came from 796 individuals in 35 states, as well as from 29 special bird-focused fundraising Field Trips offered by the Foundation.

“Birds face more challenges today than ever before. That’s what makes the Great Wisconsin Birdathon so important; it gives avid birders, backyard birdwatchers, and anyone who enjoys birds, a fun and easy way to make a brighter future for them in Wisconsin and beyond,” said Ryan Brady, avian biologist at Wisconsin DNR and captain of the Lake Superior eBirders team.

While the main goal of the Birdathon is to raise money for bird conservation, it provides an opportunity for families, friends, school groups, and others to get outdoors and enjoy watching birds in Wisconsin’s many beautiful landscapes. Many participants entered their sightings into the online database eBird, contributing even more through citizen science.

This year’s teams found creative ways to participate, including the River Raptors teams that birded by canoe and kayak, the Goss Hawks of the Ben Goss Bird Club who hiked sections of the Ice Age Trail in Waukesha County, The Backpacking Birders of Kettle Moraine State Forest spent a night under the stars, and the Peddling Pewees who cruised Dane County roads and trails by bike.

“Really this event started my love of birds four years ago,” said Daniel Erickson, captain of the Badger Birders, representing the UW-Madison chapter of The Wildlife Society. “I was instantly hooked and bought my first pair of binoculars and bird guide when I got home. It helped shape my interests and career.”