Conservation in a Can 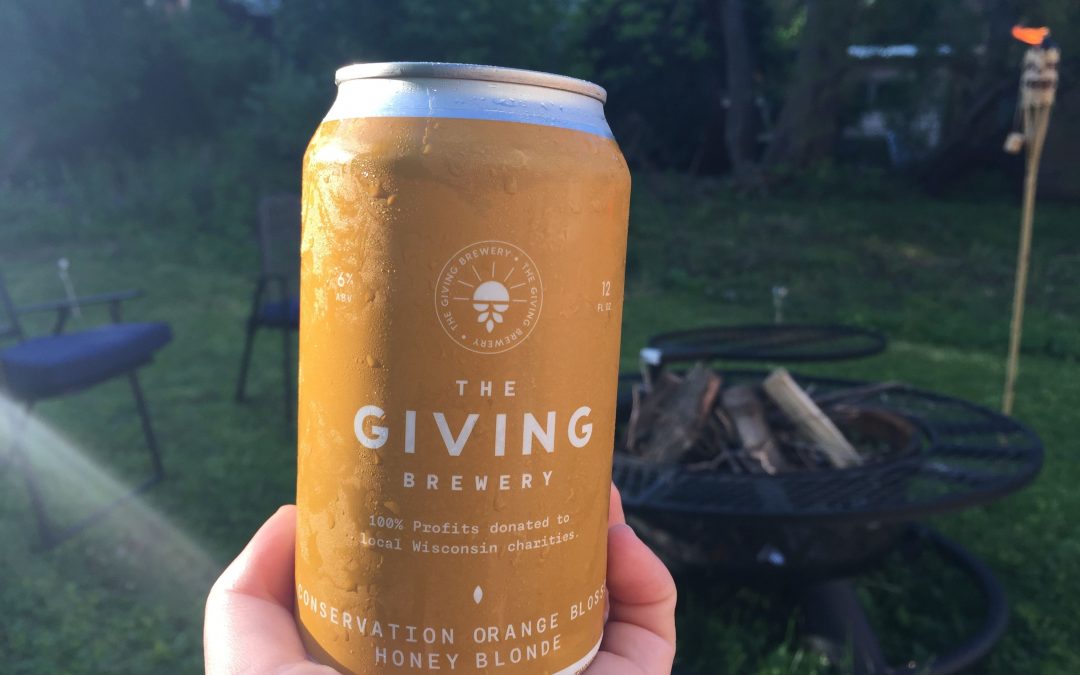 “You should have seen the eyes light up around the conference table when we announced in a staff meeting that NRF was going to be getting its own beer,” recalls Nora Simmons, communications director for NRF. For the outdoorsy staff at NRF, marrying great beer with philanthropic support for the great outdoors is a match made in heaven.

Joe Goldfine from Octopi Brewing and Steve Blevins from 105.5 Triple M will tell you that The Giving Brewery beer is made “for the thirsty and thoughtful”. After working with them, it’s easy to see that this beer is also made by thoughtful companies that are embodying a culture of giving back.

The Giving Brewery is a partnership between Octopi Brewing and 105.5 Triple M. Together they create and market exceptional craft brews that support different nonprofit organizations like the Natural Resources Foundation. 105.5 Triple M and Octopi Brewing, work together to find a charity partner, come up with a beer and then market the product to raise awareness for the charity benefiting (all profits are donated to that charity).

NRF collaborated with The Giving Brewery to create Conservation Orange Blossom Honey Blonde. This summer we had a tapping party to promote the beer (watch the video below to see how it went). The funds raised from this effort will be used to support NRF’s mission to connect generations to Wisconsin’s lands, waters, and wildlife through conservation, education, and giving.

“The Foundation is grateful to Octopi Brewery and 105.5 Triple M for partnering with us on this creative endeavor for the thirsty and thoughtful,” said NRF Development Director Camille Zanoni. “The proceeds from this beer will make a measurable impact on the lands, waters and wildlife we all cherish, and we raise our glass to them for the difference they are helping to make.”

How did The Giving Brewery start?

The idea for The Giving Brewery was born in the spring of 2017. Later that summer, The Giving Brewery put out its first beer — The Road HoMMMe — which was so successful they decided to grow from selling kegs to selling cans and bottles, while also reaching out to more nonprofits.

The idea behind The Giving Brewery is the importance of giving back to the community. Instead of simply donating a check, Octopi and 105.5 wanted to create a bigger way of giving back.

Joe said it’s been exciting to work with different initiatives he wasn’t aware of before. Steve said that was also a goal they had for the first year — to confront issues across all realms of society by identifying needs like homelessness and conservation and then trying to make the biggest difference.

“In the beginning, we reached out to charities we thought meant something to us personally,” Joe said. “Now we’re reaching beyond the horizon to see what’s next.”

What’s next for The Giving Brewery?

The Giving Brewery will collaborate with two more nonprofits this year: The Second Harvest Foodbank of Southern Wisconsin, a charity combating hunger, and Fetch Wisconsin Rescue, a dog rescue organization.

“We’re trying to find new ways to grow, better ways to help out, and get more people involved,” Steve said.

NRF’s collaboration with The Giving Brewery has been quite successful thus far. Joe said the Conservation Honey Blonde has done exceptionally well. It’s been quite popular with NRF members and sold out of many distribution locations within weeks of launching.

“Working with the Natural Resources Foundation and Camille and the rest of the folks over there was just fantastic,” Joe said.

Every year you send us your best photos that capture incredible moments in nature. Take a look at our 2021 Photo Contest winners!

Thanks to a grant from the Alliant Energy Foundation, we were able to create and restore habitat for pollinators and wildlife species at the Sugar River Wetlands State Natural Area

The Kirtland’s warbler is here to stay

Meet Foundation member Jeff Bahls and learn about his passion for wetlands and his Great Wisconsin Birdathon team, the Horicon Marsh Wrens.

Recovering America’s Wildlife Act: A Once in a Generation Opportunity

This bipartisan federal legislation, if passed, would usher in a golden age for conservation for this generation.

A Safe and Healthy 2021 Birdathon

Learn how to have a safe, healthy and of course, fun Great Wisconsin Birdathon!