Managing wetlands on your property 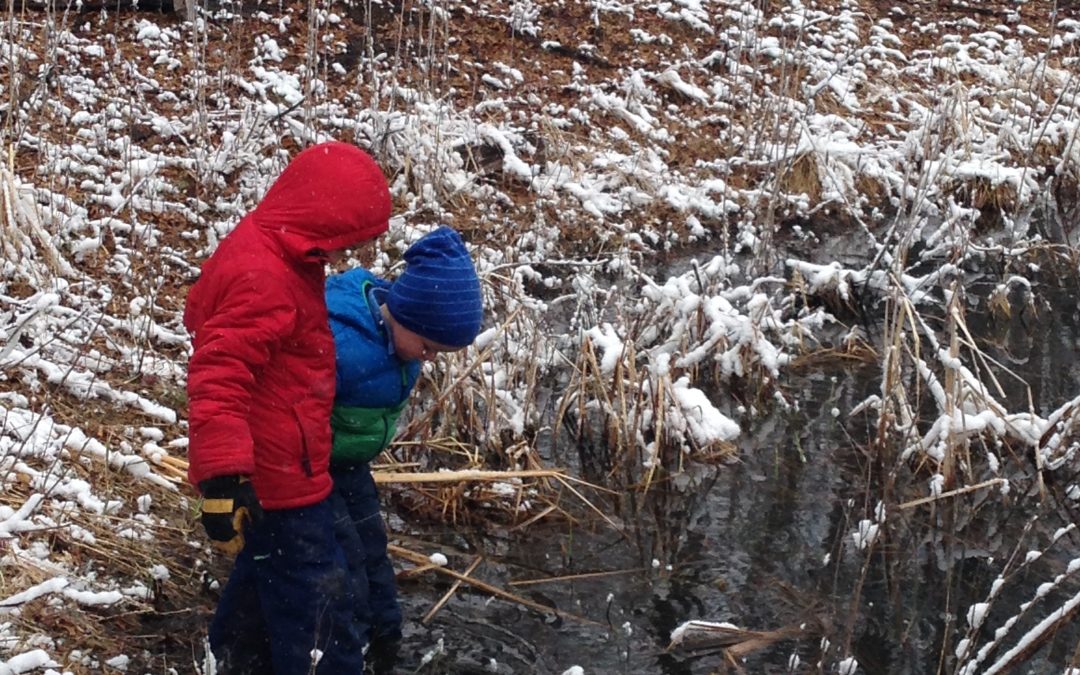 Across Wisconsin and the globe, wetlands have historically been misunderstood and underappreciated. Wetlands—found where land and water meet—provide countless benefits to wildlife, landscapes and communities. But despite their value, past and current land use has filled, drained or degraded many wetlands. In Wisconsin, we’ve already lost half of our wetlands.

Bob Eckberg bought the now-beloved forest and wetlands in 1971, shortly after graduating from high school. Photo by Wisconsin Wetlands Association

For many, owning land is a dream that’s only fulfilled later in life. But for Green Bay natives Bob and Terri Eckberg, owning land wasn’t something they wanted to put off.

“I knew in my head and my heart this is what I wanted to do,” Bob said.

In 1971, after graduating high school and shortly before marrying Terri, Bob purchased 40 acres near the town of Pensaukee on the west shore of Green Bay. Bob moved two garages from Green Bay to the land, turning one into a simple sleeping area so they could spend more time on their property on weekends and vacations.

For both Bob and Terri, owning land was a dream fostered by childhoods spent outdoors. Terri spent summers at her family cottage on Green Bay. Today she spends as much time as possible on the water kayaking and paddleboarding. Bob camped out with his family and was a member of the Boy Scouts. For both Bob and Terri, their time spent exploring the outdoors as children provided cherished memories. As adults they wanted to make sure they could provide similar experiences to their children Joe, Justin, and Zac.

Over the years they were able to expand their original property to include another 28 acres.

“With three boys, there was too much energy and not enough room in the house,” Bob said. “Out here on our land, the boys could be crazy kids and explore.”

Bob and Terri’s children had a blast exploring their land—and that joy is now passed on to their grandchildren. Photo by Wisconsin Wetlands Association

For their parents, the property was a welcome retreat from busy lives. Bob worked for WBAY and then the Green Bay Packers until his recent retirement, while Terri worked part-time jobs and managed the household.

“We come out here for mental therapy,” Terri said.

Not only is the Eckbergs’ property a special place to their family, it’s also a special place on the landscape. Because they are so close to the bay, much of their property is made up of wetlands, which have remained undeveloped. Wetlands are found at the intersection of land and water, and have many benefits for people, wildlife, and water.

The property now has a two-story cabin to accommodate the entire family. Photo by Wisconsin Wetlands Association

The Eckbergs’ property is a mix of low-lying forest, ridges, standing water, and seasonally flooded basins. All these areas are important for flood control and water quality. Wetlands are also crucial for wildlife; 75 percent of Wisconsin’s wildlife depend on wetlands at some point in their life cycle.

The Eckbergs’ wetland-rich property gets its fair share of visitors—from turkeys and bears to ducks and frogs. “You can’t walk down the road without the frogs hopping all over,” Terri said.

Building a fort in the forest. Photo by Bob Eckberg

Through their deep love of their land and paying attention to their property, the Eckbergs are always learning how to care for their forests and wetlands.

“As you grow with the property and know more about what’s out there, it hammers it home how important places like this are,” Bob said.

There’s no one way to care for land, as the Eckbergs have learned through years of trying out different stewardship practices.

“We’re constantly learning,” Justin said. “We look back and say ‘Well we should have done that differently.’ But then we know and try something different. It’s been a gradual, educational process.”

The Eckbergs take an active role managing their wetlands and forests. Photo by Wisconsin Wetlands Association

Like many landowners, one of the Eckbergs’ biggest challenges is invasive species control. They stay on top of invasive species on their land by keeping an eye out for troublesome plants like phragmites and garlic mustard, and they remove and treat invaders every year, knowing how much easier it is to control small populations.

Water quality is also an important concern for many landowners. When the Eckbergs tested their wells, they found their water quality was high, thanks in part to their wetlands.

“The filtration that’s out here with the wetland keeps the water pretty clean,” said Bob.

For the Eckbergs, the most important way they care for their land is by staying engaged and having an active relationship with their land.

Adventures for all ages. Photo by Bob Eckberg

Through the family’s ebb and flow of life, their relationship to their property has changed too. Now, with six grandchildren in the family, the Eckbergs’ woods and wetlands are once again filled with exploration and play.

“It’s what makes my heart flip, seeing the kids out there, playing under logs, digging around,” Terri said.

The property, now equipped with a two story cabin, is at the heart of family gatherings. There’s rarely a weekend when the cabin beds are empty. Seeing their children and grandchildren enjoy the property continues to be a blessing–and motivation–for Bob and Terri.

Rarely a weekend goes by when the Eckbergs’ cabin isn’t filled with family. Photo by Bob Eckberg

“You come to realize everything comes around the wheel,” Bob said. “What you do now someone is going to inherit.”

For the Eckbergs, that’s not an abstract concept. They plan on passing their forests and wetlands on to their children and grandchildren, ensuring many more generations of frog hunting, dirt digging, and memory making.