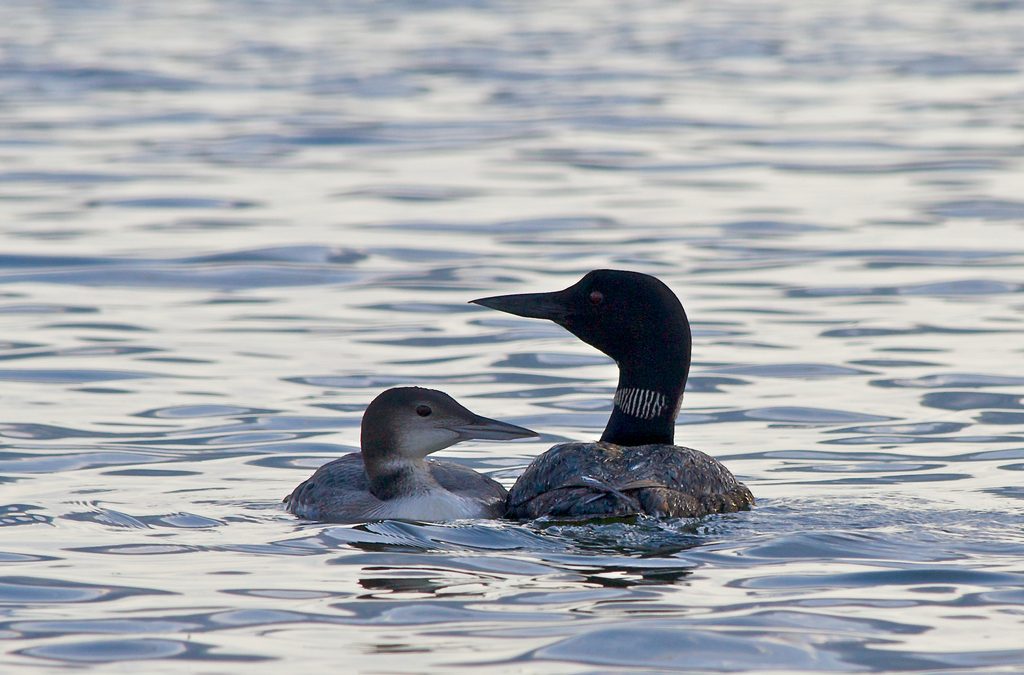 There’s something haunting about the beautiful call of common loons. This sound, however, nearly vanished from Northern Wisconsin as a result of mercury and lead poisoning and hunting, all of which devastated loon populations starting in the late 1800s. Since then the federal government has taken steps to bring these birds back from the brink and conservationists in Wisconsin, with help from the Natural Resources Foundation, are conducting research to make sure those measures are working today.

Research conducted by DNR Biologist Mike Meyer in Wisconsin and Neil Burgess of Environment Canada in the Canadian Maritimes helped establish Wisconsin’s 2010 mercury emission reduction rule for coal-burning power plants, which was later modified to comply with the federal Mercury and Air Toxics Standards. They predict that Wisconsin’s loons will be exposed to less mercury because of the policy changes, but long-term monitoring will reveal the extent of the impact.

In 2017, Appleton DNR Biologist Sean Strom and his team began monitoring mercury levels in 50 Oneida and Vilas County lakes to assess the results of the reduced mercury emissions. They capture loons in ten lakes each year and take blood and feather samples from adult and juvenile loons to assess mercury levels and compare their findings to past levels found in those same lakes. The project revisits each lake every five years to observe the trend in mercury levels over time.

“This project will utilize common loons as an indicator of the efficacy of Wisconsin’s Mercury Emissions Rule by determining (over time) whether reduced emissions of Hg [mercury] are reflected in decreased Hg concentrations in common loons,” says Strom.

The Natural Resources Foundation’s Bird Protection Fund provided around $10,000 to help the project.

The danger mercury poses to loons

Mercury pollution has been a tough problem to find solutions for in recent decades. It is mostly seen in northern lakes of the United States. It first gets into the atmosphere through larger coal-burning power plants and municipal waste incinerators in the Midwest and Canada. Wind patterns then blow the mercury and it falls to the earth in snow, rain and dust particles, pumping pollution into waterways. Fish in polluted lakes become reservoirs of mercury by eating it in their environment. This is then magnified in the loons that, in turn, eat them.

According to the Biodiversity Research Institute’s Adirondack Center for Loon Conservation, mercury is a neurotoxin that affects the loon’s physiological systems in several ways. It makes them lethargic and unable to care for their nests, and, on average, females with high mercury levels in their blood only produce 68 percent of the eggs they potentially could.

Lead is the other leading death trap for loons. Many die from lead toxicosis when they swallow fishing weights and tackle, but improvements in this area have been made as well. In 1991, the United States made it mandatory to use nontoxic shot at the start of that year’s waterfowl-hunting season.

According to the Environmental Protection Agency, sport shooting puts about 70,000 metric tons of lead into the environment in the United States each year. Around 3,000 metric tons of lead sinkers also find their way into lakes, which the loons end up eating when looking for food at the bottom of shallow bodies of water or on the shoreline. The transition to nontoxic shot, however, has led to a reduction in loon mortality in the United States of more than 60 percent. The Clean Water Act also prohibits shooting sports from firing lead shot over wetlands, helping to reduce the deaths of loons as the result of lead poisoning.

Coal power plants and lead hunting and fishing equipment have done a lot of damage to Wisconsin’s loon population, but there is still hope. John Schultz is a hunter and non-lead campaign manager for the American Bird Conservancy. He notes that populations will bounce back if people continue to talk about the problem and get word out that changes need to be made and sustained. This sentiment is echoed by Sean Strom.

“Based on research by Mike Meyer and Kevin Kenow (USGS), the loon population in Wisconsin is stable if not increasing slightly. Our proposed project aims to use loons as an eco-monitoring tool, not necessarily to document potential adverse impacts—that has already been done. What we are proposing is an application of the research that illustrated that loons are good bio-indicators,” says Strom.

It seems that half the battle has already been fought to stop poisoning Wisconsin’s loons. New protective policies have been put into place. Hunting and fishing behaviors are changing. And now in this new project, loons will help to tell us if what we’ve done is enough, and if not, how far we have left to go.