Ray Zillmer: A Vision Come True in the Kettle Moraine 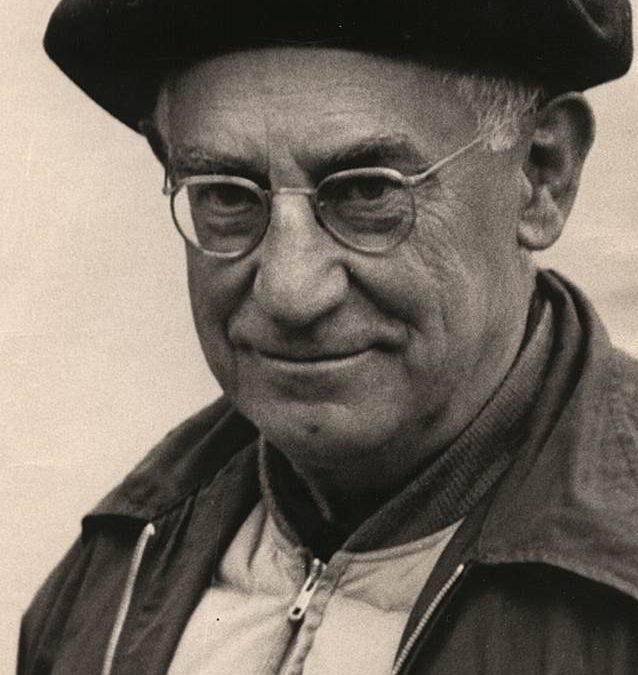 Check out Kathlin’s blog, The Badger and the Whooping Crane.

The natural resources of our state contain not just the gifts and wonders of nature, but also the seeds of many a story. Consider, for example, the story of the Ice Age Trail, the Kettle Moraine State Forest and a life-long Wisconsinite named Raymond T. Zillmer.

Ray Zillmer’s story highlights the fact that a very different landscape might have developed where the Kettle Moraine State Forest beckons to us today. If not for the considerable efforts of Zillmer and his peers in the Izaak Walton League in the 1920s and ’30s, there might be no Kettle Moraine State Forest today—or one of much reduced proportions.

Knowing his story, you also come to realize that the Ice Age Trail—which is now officially designated as both a state and national scenic trail—might never have existed at all were it not for the unique vision that began to take shape in Zillmer’s mind in the 1950s. In Zillmer’s vision, the Kettle Moraine would form the nucleus of a very long and thin strip of parkland.  But let me turn to Congressman Henry Reuss, (and his memoir, When Government Was Good, p. 78) for more about Zillmer and this plan. Reuss writes:

“In 1958 I had a visit from an old friend…Ray Zillmer…a salty soul, much given to Ben Franklin aphorisms…Ray wanted to talk about his idea to set up a national park to be called the Wisconsin Glacier National Forest Park, stretching for a thousand miles across the state…The park would follow the moraines and other glacial landforms left by the receding Wisconsin glacier 10,000 years ago.”

And, John and Ellen Morgan, co-authors who dedicate their book, 50 Hikes in Wisconsin, to Zillmer’s memory, have this to add:

“It is sometimes hard to find long, uninterrupted stretches of trail in the southern part of the state. But Ray Zillmer had a plan for that…Through the middle of this park a trail would meander. And not only would this serve to highlight the state’s geological past and preserve exceptionally valuable natural resources along the way, it would just happen to offer some of the state’s most striking landscapes in which to recreate…”

Zillmer’s meeting with Henry Reuss in 1958 helped launch a study of the proposed park, conducted by the National Park Service. That same year, Zillmer also founded the Ice Age Park and Trail Foundation, which eventually became today’s Ice Age Trail Alliance. When Zillmer died suddenly in 1960, after suffering a heart attack at age 72, his proposal lost its chief champion, but the idea lived on and took other forms.

With such accomplishments as these—initiating the vision and work that established the Ice Age Trail, and being something of a godfather to the Kettle Moraine state lands—Zillmer unquestionably achieved the status of a Wisconsin conservation icon. But even so, that is not his complete story, and it is the multidimensional aspects of his life that enrich his story and make it such an interesting one.

Ray Zillmer was an educated man, a Milwaukee attorney. He enjoyed a family life, and a civic life, and a professional one in the law. And he managed to combine all that with repeated adventures mountaineering and exploring the remote areas of British Columbia during the 1930s and ‘40s. He was a member of both the American and Canadian Alpine Clubs, and published numerous narratives of his explorations in their journals.  When he passed, a fellow member of the American Alpine Club wrote: “…and he carried out punishing journeys at an age when many another would have sought easier activity.”

The record seems to show that when Zillmer was not on “punishing journeys” he was in Wisconsin, and here he continued the outdoor adventures that he craved, with weekends of wandering over the contours, ridges and glacial formations of the Kettle Moraine. Though much less arduous, these adventures were just as beloved by him. For Zillmer, before there was the dream of an Ice Age Trail, there was the Kettle Moraine.

He became the acknowledged state expert on the area, and the Ice Age Trail Alliance history page says this: “Zillmer was twice responsible for personally convincing two governors to increase land acquisition funding for the Kettle Moraine State Forest.” As early as 1933 he was named the state Izaak Walton League’s “Man of the Year,” for his work in its preservation.

The Morgans, in their hiking book, suggest that anyone hiking Wisconsin’s trails, particularly the Ice Age Trail or trails in the Kettle Moraine, remember Zillmer and his forward thinking, and realize that they’re “following a path through the past—through the magical wonderland of geological history that is Wisconsin.” I would add that the path goes straight through the heart of Ray Zillmer’s story.