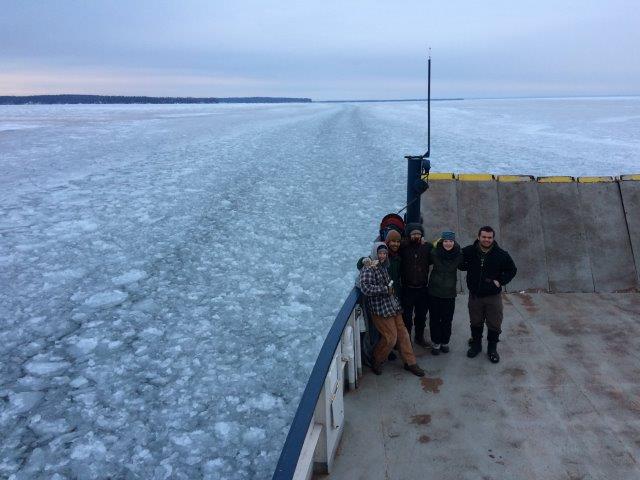 We saw the sun rise over Lake Superior as we passed Washburn, Wisconsin on our Northland College research team made its way to the Madeline Island Ferry. To our surprise, our van was the only vehicle on it. The lake was cold and calm. When we reached our destination, we drove off down the road to check on our camera trap network. 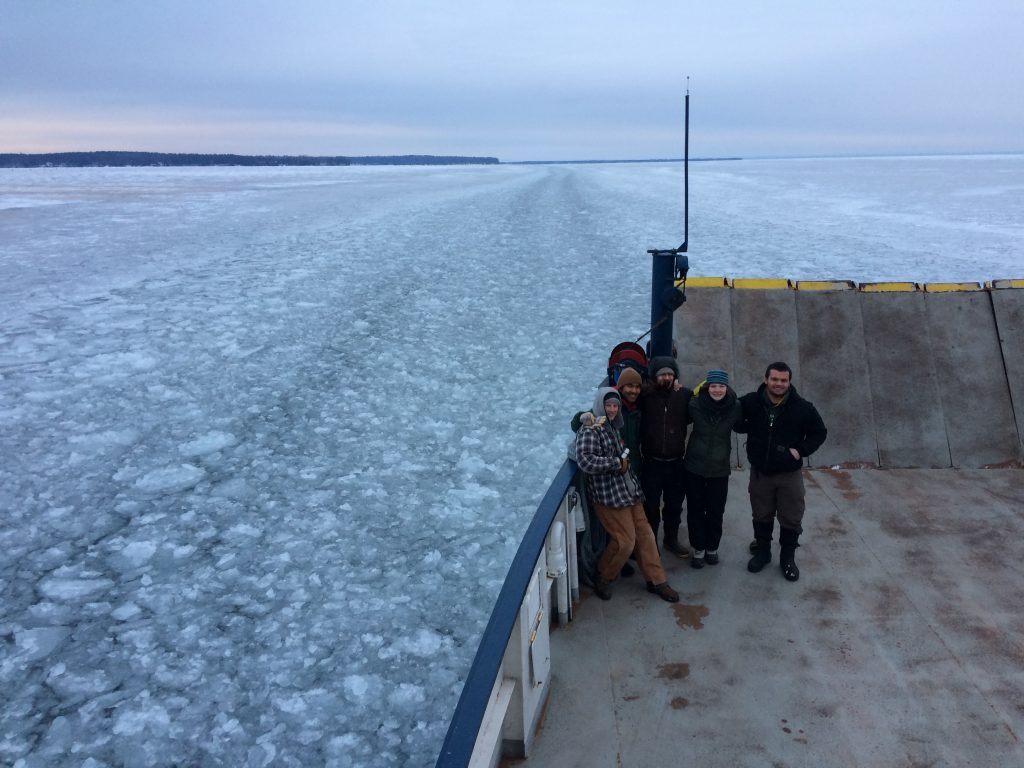 Thanks to the funding provided by the C.D. Besadny Conservation Grant Program, we were able to establish a camera trap monitoring network on Madeline Island, the largest island of the Apostle Island archipelago in Lake Superior. Since fall of 2016, we have set up 25 camera trap stations along a one-by-one kilometer grid throughout the Madeline Island Wilderness Preserve and Big Bay State Park lands.

This effort is an expansion of an existing project to monitor the wildlife of the Apostle Islands archipelago. Madeline Island is one of the only islands where data regarding the diversity and abundance of wildlife species is lacking. Funding for our project allowed us to expand the camera trap network to begin to capture more information about the wildlife on Madeline Island. 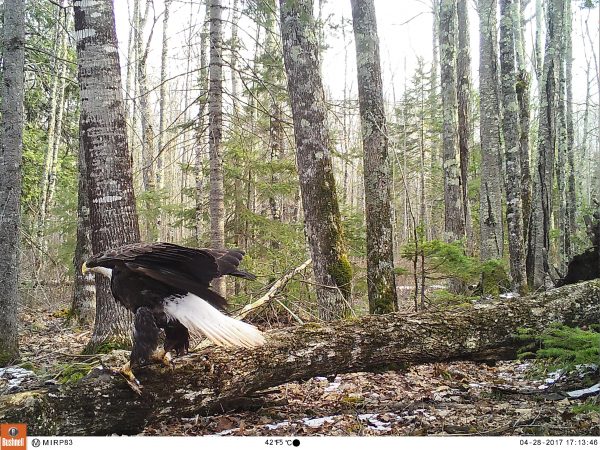 A bald eagle lands in front of one of our cameras on Madeline Island. 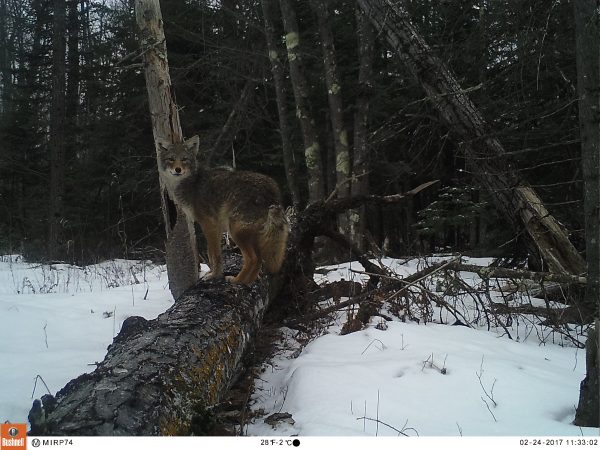 A coyote poses on a fallen tree. Photo captured by wildlife camera on Madeline Island.

These camera traps are now being used to compile some of the first detailed information regarding wildlife on Madeline Island. Our data has provided critical information on factors influencing the distribution and abundance of wildlife across the archipelago. The cameras allow us to confirm the presence of species such as coyote, river otter, bald eagle, white-tailed deer, black bear, Canada geese, red squirrel, raccoon, short-tailed weasel, snowshoe hare, and even some rodents. We also believe we have observed a single lone wolf on Madeline Island. This has yet to be confirmed, but would likely represent the first observation of a wolf on Madeline Island for many years. We aim to maintain the camera trap network for at least 1-3 more years to obtain a solid dataset of wildlife abundance and presence as they vary over time.

Our collaborative team is comprised of a minimum of 10 Northland College undergraduate students who work with the Assistant Professor of Natural Resources, Erik R. Olson. Doing fieldwork for the project has made all of us appreciate the hidden beauty of Madeline Island. One day, we decided to check two cameras at the Big Bay State Park and found that all the plants were in full, fall color. The blueberry bushes were red and the sun accentuated their color. This was just one of the many instances in which our team fully appreciated the opportunity to explore such a unique part of Wisconsin. To end the day, we checked the last camera, collected firewood and watched the sunset from the beach. 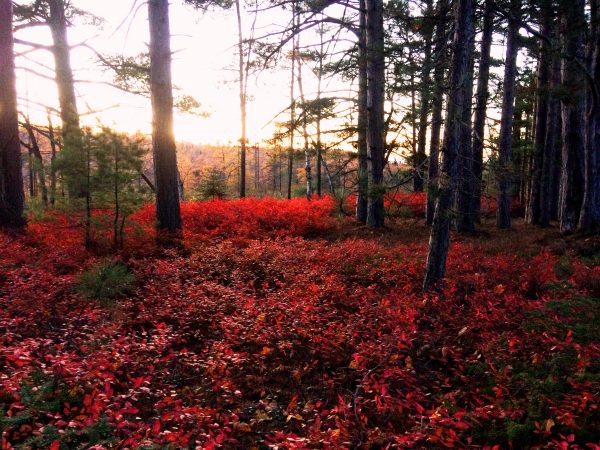