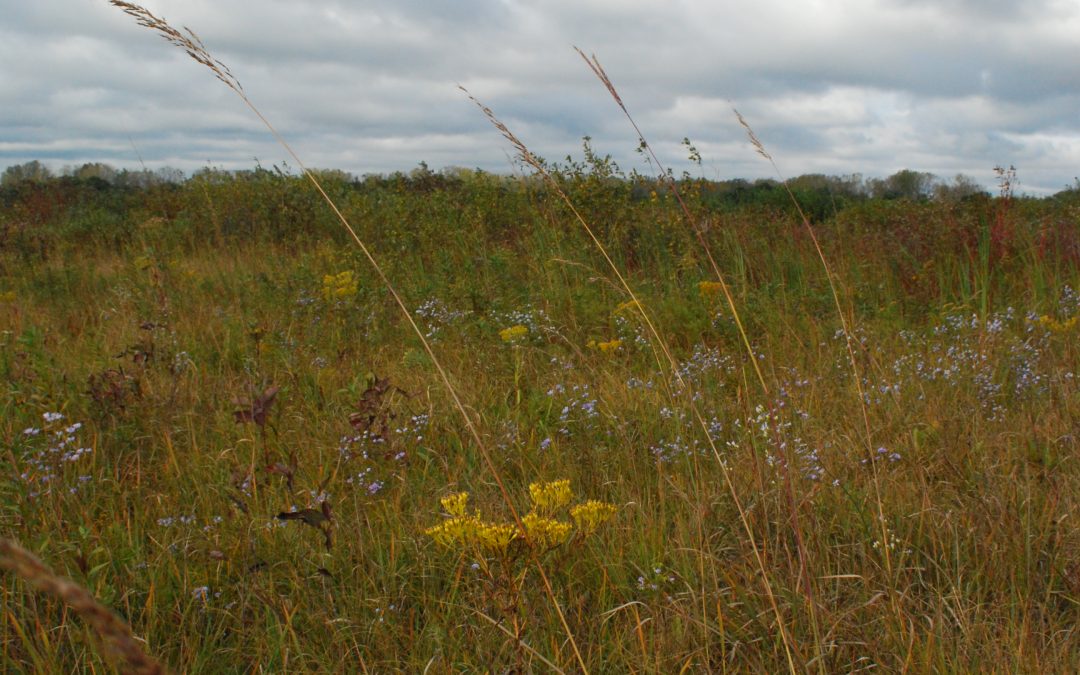 As executive director for Wisconsin Wetlands Association, I have had the chance to visit hundreds of beautiful wetlands across our state. And while I love every Wisconsin wetland, it’s especially fun to visit rare wetland types like Chiwaukee Prairie along the Lake Michigan shore in southeast Wisconsin. Wisconsin Wetlands Association recognized this rare wetland as a Wetland Gem® in 2009, and just recently I joined more than 150 government officials and nonprofit conservation group members at an event celebrating its designation as a Wetland of International Importance. The designation makes Chiwaukee Prairie Illinois Beach Lake Plain the 39th designated Wetland of International Importance in the United States.

A group of Wisconsin conservationists attended the Ramsar event that designated the Chiwaukee Prairie a Wetland of International Importance. (Photo by Tracy Hames)

Protecting Wetlands around the Globe

Historically, one third of Wisconsin was wetlands. Decades of land use changes and agricultural development resulted in the loss of half of our state’s wetlands. Wetland loss and degradation was not unique to our state; considered “wastelands” by many, wetlands were actively drained, damaged and forgotten around the globe, particularly in the last century.

Luckily, the story doesn’t end there. In recent decades, people and governments worldwide have realized the importance of wetlands for water, wildlife and communities. In 1971, the Ramsar Convention intergovernmental treaty was adopted with the mission to promote the conservation and wise use of wetlands. The United States is a member of this treaty.

We’ve long known Chiwaukee Prairie was special. In 2009, we designated this wetland as one of Wisconsin’s 100 Wetland Gems®. These sites include some of the highest quality wetlands across the state, and represent every type of wetland found in our state.

Chiwaukee Prairie is one of the most intact coastal wetlands in southeastern Wisconsin. This wetland is characterized by gently undulating ridge and swale topography, which was created by the historical recession of water levels in glacial Lake Michigan. The resulting mosaic of microhabitats and plant communities includes low prairie and sedge meadow with pockets of fen and shrub carr habitat. These wetlands support a number of rare and sensitive plants and animals, including 10 endangered or threatened plant species.

Saw-toothed sunflowers blow in the wind at Chiwaukee Prairie. (Photo by Josh Mayer)

Wetlands of International Importance in Wisconsin

Pelicans take flight over Horicon Marsh, one of Wisconsin’s Wetlands of International Importance. (Photo by Dave via Flickr Creative Commons)

WWA believes that bringing international recognition to more of our state’s wetland treasures will help raise public awareness about the value of all wetlands. We led a statewide effort to use a strategic, science-based process to identify priority wetland sites in Wisconsin for Ramsar designation. WWA has since played a key role in the designations of three of these priority sites. We will continue our efforts in the coming years. (Click here to read more about this strategic initiative.)

Wisconsin’s waters, wildlife and people need healthy wetlands. Whether they’re internationally recognized or in your backyard, wetlands are crucial for wildlife habitat, recreation, flood control and water quality. But while they can do lots of things, one thing they can’t do is advocate for themselves. That’s where you come in–you matter to wetlands! By learning about, advocating for and supporting wetlands, you can help us build a state where wetlands are healthy, plentiful and support ecological and societal needs.