Day XIII: The beauty of birds 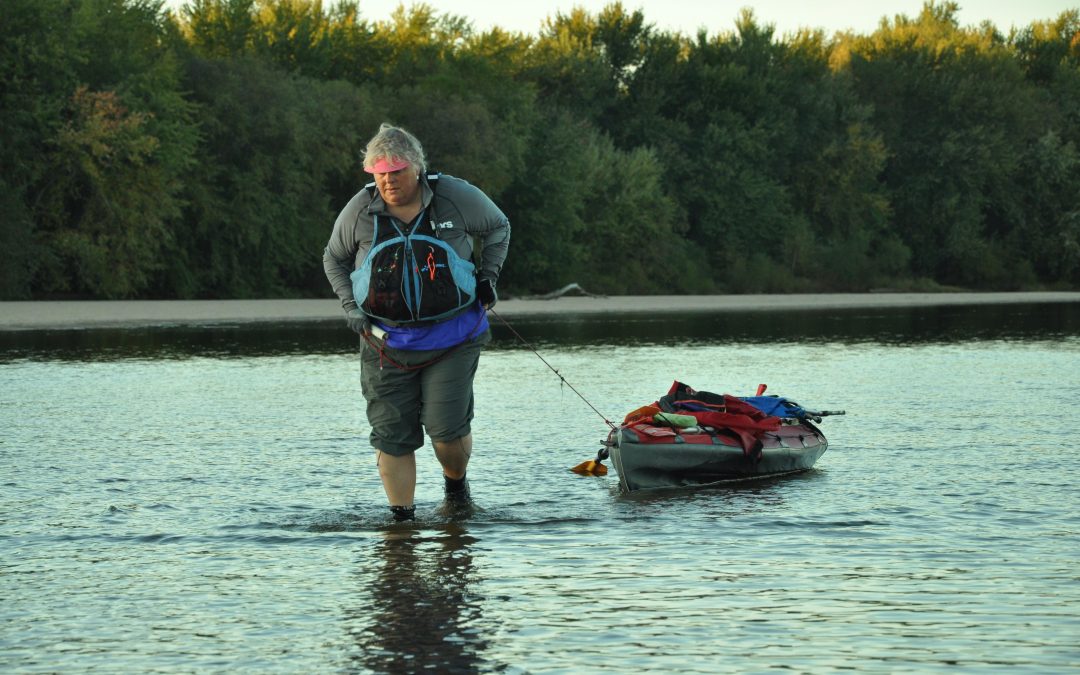 Listen to Ruth tell the story of Day XIII:

The kind of work that was done here, especially by Mike Mossman, was to set up a study over years, a decade already I think, with transect points, hundreds and hundreds of transect points, where there would be a survey done of what birds are found in that area. At the same time, the habitat areas were described and mapped. Between these two things, the presence of these bird species that had been identified as key species were tracked. In this case they were birds of grasslands and birds of wetlands, like floodplain savannas. A small list was made for each habitat type for what the most important, significant bird species are. I guess there have been two of these inventories done, 10 years ago and five years ago, and now another one will be done next year. You can layer on top the number of birds of that species you’ve found in each area. The maps you come up with are very informative, and show you where the birds are hanging out. You can tell by the number of birds of that species, say for example grasshopper sparrow or bobolink, where their preferential areas are. By looking at those maps you can see where the gaps are, where there probably could be more birds of that species if the habitat matched it.

This study is a very, very thorough and from-the-ground-up understanding of what’s there in terms of habitat and what’s there in terms of birds. It’s really significant, too, because there are several parties who are involved in this Important Bird Area, including the Aldo Leopold Foundation, which is a private non-profit. The Foundation owns land around the Leopold shack. They also promote the principles and message of Aldo Leopold’s writings and work on environmental education for people to understand the natural world. That’s one partner. The Wisconsin Department of Natural Resources is a partner. A private landowner, Jim Pines and his family, are a partner. And then the federal government is also a partner. What’s interesting is that all those partners have used this information and these maps to look up what the current land use is and what the possibilities are for restoration. The maps have really informed the managers about certain areas that are not really used by birds. When they actually look at one of them from the ground, sometimes they can figure out that that area has not been restored to what it might have been pre-settlement. Maybe it’s a row crop field, so it’s not really used by these birds.

Between this joint management plan and each partner following the plan, there’s work that’s being done even as we speak. When I kayaked down towards the shack the night before, I kind of knew I was coming on the property because I saw an orange flag and I saw a bunch of stumps. When my friends Mike Mossman and Lisa Hartman came in that night, they saw a bunch of timber logs up by the road. It turns out that the Aldo Leopold Foundation has had a forest management plan written. They’ve also been very involved in the Important Bird Area plan. Those two plans overlap and are in accordance about what the original habitat would have been at that site, and it would have been savanna floodplain. That means it’s an area that would have been flooded, but also with open, sparse trees instead of an 80 percent or 90 percent closed canopy of trees like maples and hickory and cherry. It would have been more like swamp oak and black oak, scattered. So, there’s some really interesting land management work that’s been done and if you go up to the Aldo Leopold Foundation you’ll probably learn more about it. Don’t worry–it has been a very big timber cut, but it’s for a very good reason, and that is to bring back more of this habitat that is important for these bird species like clay-colored sparrow, bobolinks, dicksissels and others.

From the shack we floated down to meet with the one of the partners, a member of the Pines family, Jim Pines. He welcomed us up onto his land. We had a chance to look at the maps and talk about the Important Bird Area. It’s very exciting what he’s doing on his property. Jim and his father are very active players and have looked at some of their land, which is row crops, and are looking at converting some of it into grasslands. This would be hundreds and hundreds, maybe even a thousand, acres of grassland restoration that is in a very significant place for birds. When they talk about Important Bird Areas, sometimes an important area here in Wisconsin can actually be one of the few areas in the whole continent or in the whole world for certain species of birds.

The importance of this area is hard to explain, but significant. It was really interesting to meet with Jim and see what he’s done already. He took us out to look at the wetland restoration that he worked on with Jeff Nania. When we walked out to the rise and looked out over the wetland area, there were thousands of Canada geese, and mixed in were some ducks. We tried to be really quiet, but they flushed up and it was a huge, roaring sound of wings of the Canada geese honking, and flying up over us and swirling and swirling and swirling and then they came back down. It was very clear that the restoration work he’s already done has provided very good habitat for birds. In this case, it’s probably birds during their migratory season.

I was really glad to learn about Important Bird Areas. We have others in our state, but this one probably has the most information from the ground level up. It’s very exciting to see all the partners working together in the same way that Aldo Leopold had gotten all his neighbors around the shack to work together on a shared management plan. He really understood the need for a habitat area to be managed as one, regardless of the owners. Now here we see the Leopold Pines Important Bird Area also being managed as one even though there are several different partners.

So, today was a day about birds, and it was fun to hear from Yoyi Steele, who is the Important Bird Area coordinator for the State of Wisconsin, to hear her talk about the challenges. But also to hear from Dan and Carl at the Leopold Foundation about how they will start to do more outreach, and actually invite people to visit this Important Bird Area and learn more about these joint management efforts. Yoyi and Mike and I continued paddling downstream in the afternoon and I think the theme of the day for me was more birds. Pretty neat birds. Not only great blue herons, but also seagulls and belted kingfishers. But this was also the day I saw the most eagles. After we dropped Yoyi off at portage, to make sure she got home to pick up her son, we continued paddling on and Lisa joined us and we just saw eagle after eagle after eagle.

Every stump or beach head had an eagle on it. And then we came down on the west side of the river and started seeing these dark shapes in the trees and we were counting them. We ended up seeing thirteen eagles roosting on this one island in the middle of the river. When we went by they would fly up and come down on the other side. It appeared to be a roost for eagles and that was the first time I’d seen an eagle roost. I know that in the winter this stretch of the river that I’m entering is a valuable wintering spot for eagles. In fact, some of the bluffs have been protected because the eagles roost in the trees at night and then they come down in the open water by the Prairie du Sac dam and they fish for food during the day. There are a set of volunteers, the Eagle Bluff group among others, who go out in the wintertime and they count the number of eagles that are roosting at each of these sites. That’s one more way that we can track the health and the population of the bald eagles here in Wisconsin.

Today, I want to thank the people that made this learning opportunity possible, and that’s Mike Mossman and Yoyi Steele, and the staff at the Aldo Leopold Foundation who take care of the shack and promote Aldo Leopold’s values and principles. Also, Jim Pines for opening his land up to us and telling us about the work he’s doing.  I later realized that he allows permission for a Natural Resources Foundation field trip called “A Congregation of Cranes,” so if you are interested in seeing some of these birds, especially the evening flight of the cranes as they come into the sand bars, check out the Foundation’s field trip schedule next year and sign up for “A Congregation of Cranes.” It’s a spectacle of nature and it’s also a way you can witness the beauty and the bird life of the Leopold Pines Important Bird Area.

I finished my day by staying with Natural Resources Foundation member Pete Ostlind, who has a place right on the Wisconsin River at Lake Wisconsin. I was able to continue my lucky trend of actually staying on the river but not having to camp. I love camping but it was really comfortable to take a hot shower and have a nice dinner of walleye and conversation with Pete Ostlind. Pete is a member of the Foundation and also has established an endowment called the Teacher’s Outdoor Environmental Education fund. That fund provides small grants to teachers to get their students outdoors and engage with nature. It was a wonderful, restful evening, to relax with a fellow conservationist who also had done this river trip in 2012 with my friend Clayton Russell. We shared stories of the river. Thank you to my River Angel Pete Ostlind.