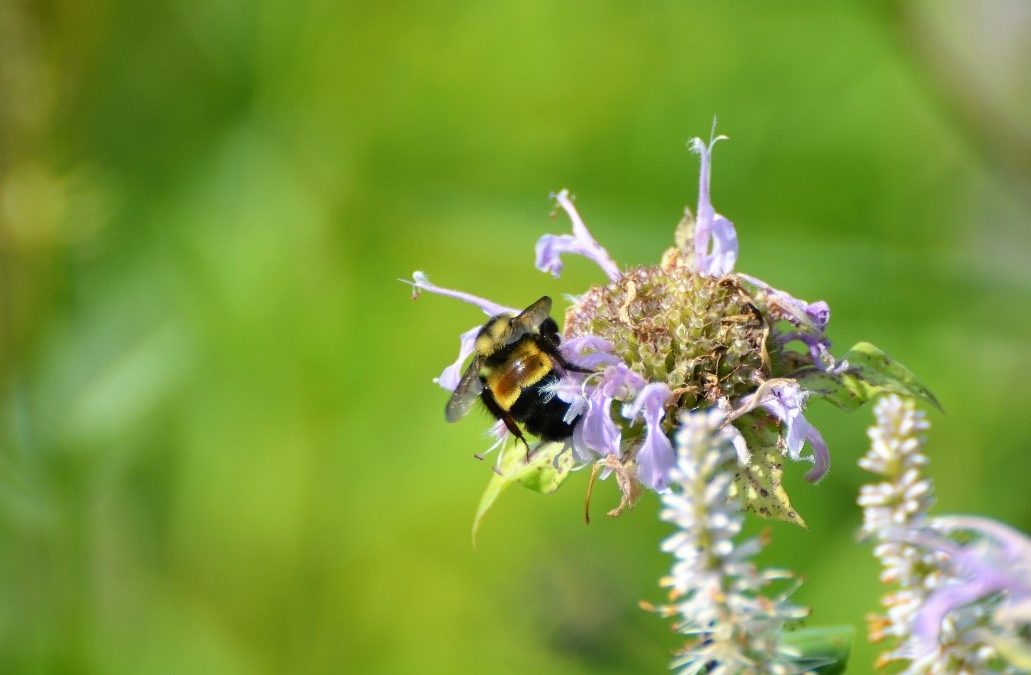 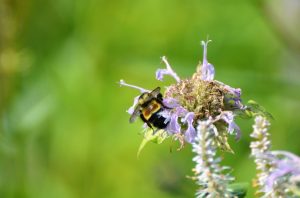 The rusty patched bumble bee is one of 50 bumble bees found in North America. Bumble bees are important pollinators, and are the primary pollinator for several important agricultural crops. They rely on an abundance of diverse flowering plant species found in prairies, woodlands, marshes and wetlands, agricultural landscapes, and residential parks and gardens.

Rusty patched bumble bee populations began to quickly decline in the 1990’s and 2000’s. Now, the rusty patched is now only found in less than 1 percent of its historic range. The causes of the significant decrease in the population are unknown, but likely include a mix of factors such as habitat loss, pesticide use, pathogens, disease, and climate change.

However, scientists in Wisconsin have exciting news to report: in 2017, the rusty patched bumble bee was found in six new counties in Wisconsin, expanding its known range and demonstrating that Wisconsin is one of the last strongholds for this endangered bee.

“Bumble bees like the rusty patched are important pollinators for many economically important crops, gardens, orchards, prairies, woodlands and wetlands,” explains Jay Watson, terrestrial invertebrate specialist with the Wisconsin Department of Natural Resources. “They play a critical role in the transfer of pollen from flower to flower which many plant species are dependent upon, resulting in fruit and seed production that provides food for other wildlife and helps to maintain a healthy ecosystem.” 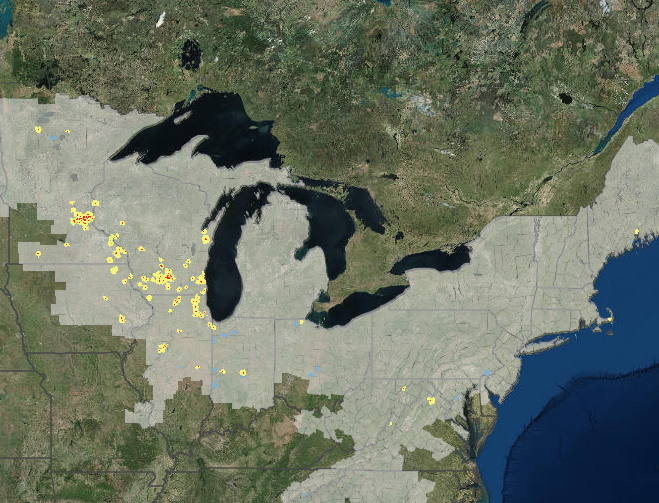 Now that the rusty patched is designated under the Endangered Species Act, the bee will benefit from protections in place including site-specific protections, designation of critical habitat, and development of species recovery plans.

However, one of the most important keys to successfully recovering this species will be from the efforts of individuals to provide suitable habitat in their yard. Here’s how you can get involved: