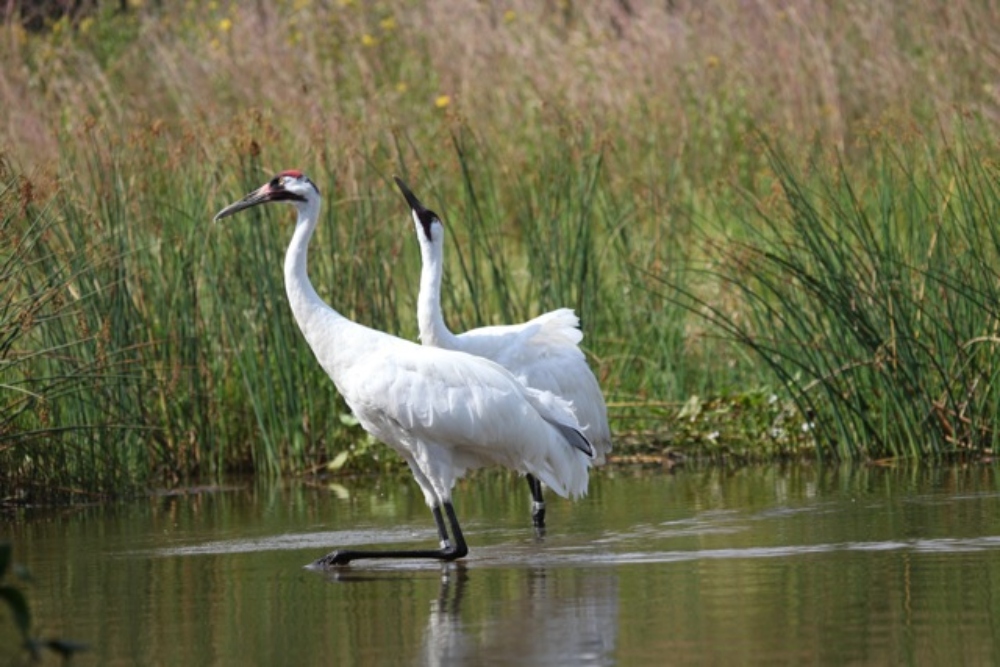 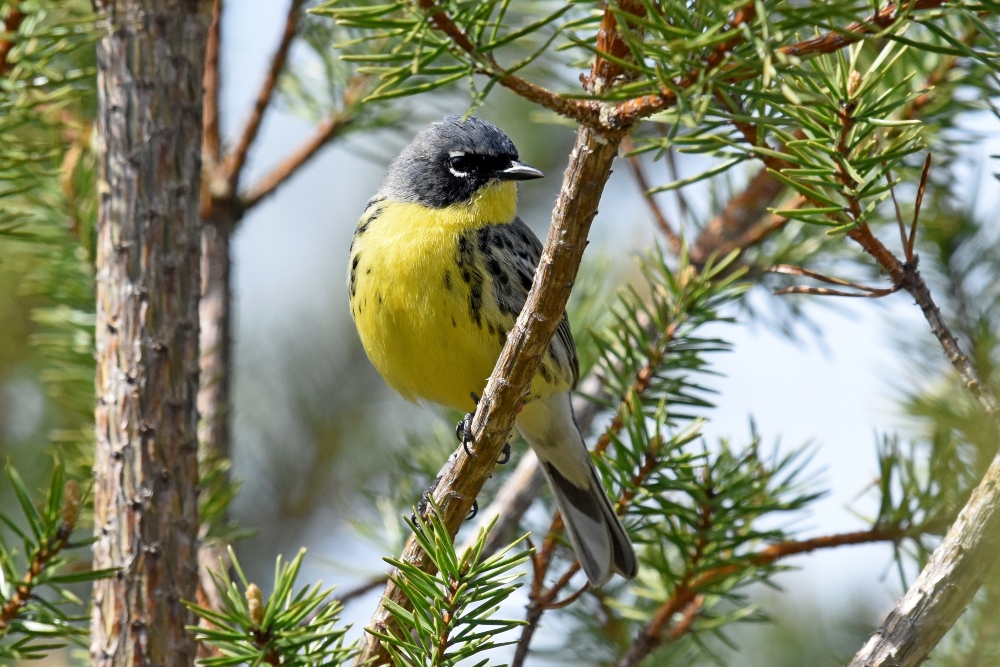 Recipient: Wisconsin Department of Natural Resources
The Kirtland’s Warbler is one of Wisconsin’s rarest wildlife species. This songbird has been found nesting in Wisconsin since 2008, and thanks to conservation successes, it was recently delisted from the federal Endangered Species Act. However, as a conservation-reliant species that depends on ongoing management for its specific habitat requirements, efforts are still needed to ensure the long-term viability of the current population while working to expand its range.   Funding will support activities including population and nest monitoring, habitat management, and collaborating with local and national partners to continue the recovery of the Kirtland’s Warbler in Wisconsin.
Learn More 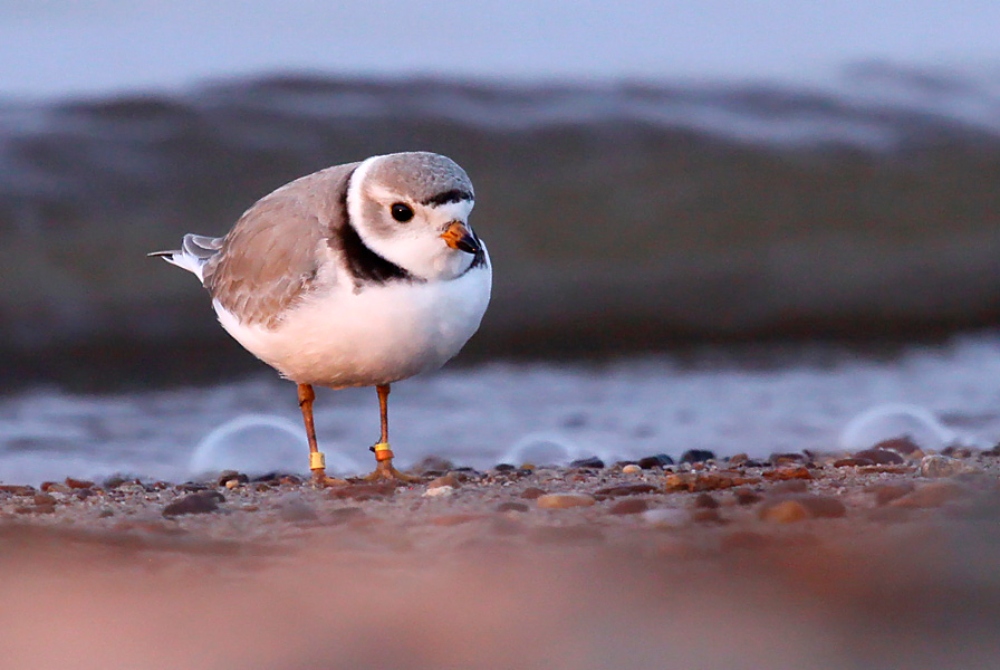 Banded Piping Plover on the coast of Lake Superior. Photo by Ryan Brady

Recipient: Wisconsin Department of Natural Resources    Wisconsin is home to important breeding grounds for the federally endangered Piping Plover on the Great Lakes shores. Wisconsin is also home to a rich history of conservation through management, monitoring, and collaboration with federal, tribal, and state partners. Thanks to conservation efforts, Wisconsin’s Piping Plover population has continued to grow, with recent successes including 10 nesting pairs documented in 2019.   Funding will support the efforts of multiple partners to recover this endangered species, including the Wisconsin Department of Natural Resources, U.S. Fish & Wildlife Service, National Park Service, and Bad River Band of Lake Superior Chippewa.
Learn More

Whooping Cranes are one of the most threatened bird species in North America, and the rarest crane species in the world. From a low of just 20 birds in 1941, Whooping Cranes are slowly coming back from the brink of extinction. The International Crane Foundation is a leader in helping to establish a second migratory population of Whooping Cranes which breed in Wisconsin and migrate to the Gulf Coast over the winter. In 2020, a total of 21 breeding pairs were documented in Wisconsin as the focus remains on increasing the population to a self-sustaining wild flock.

Funding will support reintroduction efforts including captive breeding and rearing of chicks using costume–rearing and parent-rearing methods, specialized veterinary care, and research on and monitoring of reintroduced Whooping Cranes in Wisconsin. 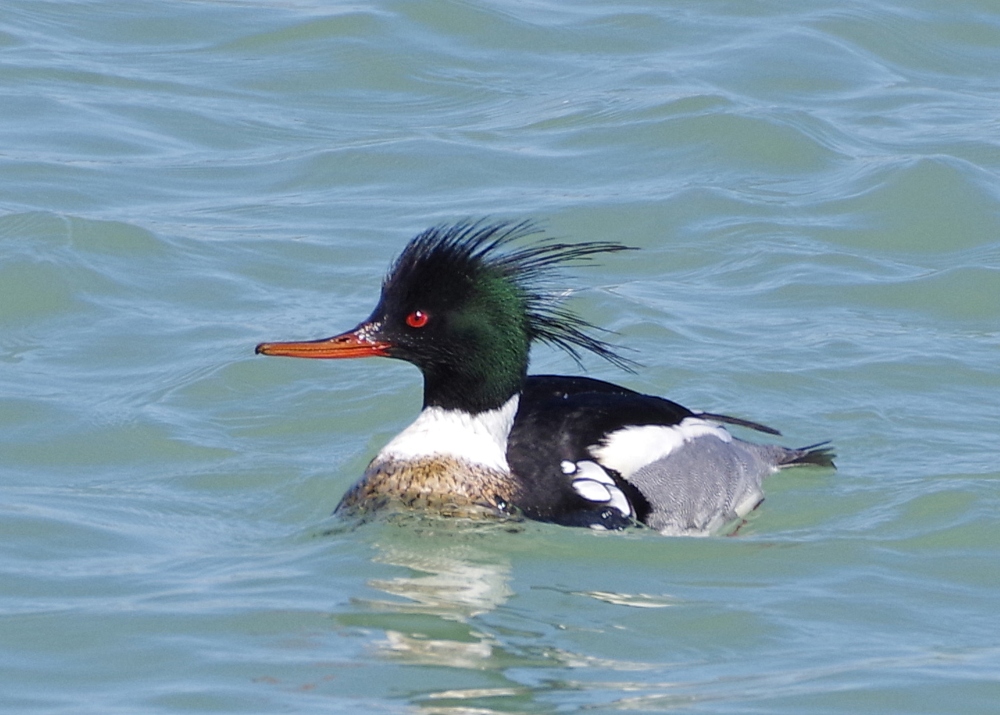 A Red-breasted Merganser hanging out on the water. Photo by: Kate Redmond

Recipient: Wisconsin Bird Conservation Partnership   Important Bird Areas (IBAs) are sites that provide essential habitat for birds, including species that are threatened, endangered, or vulnerable. With the support from the Bird Protection Fund, last year the Wisconsin Bird Conservation Partnership began the first stage of their comprehensive IBA assessment to determine which of Wisconsin’s 93 IBAs hold the greatest potential for long-term bird conservation.    Funding this year will help advance the next step in this process of building strong local partnerships for the highest priority IBAs, leading to robust conservation efforts at these critical sites for Wisconsin’s birds.
Learn More 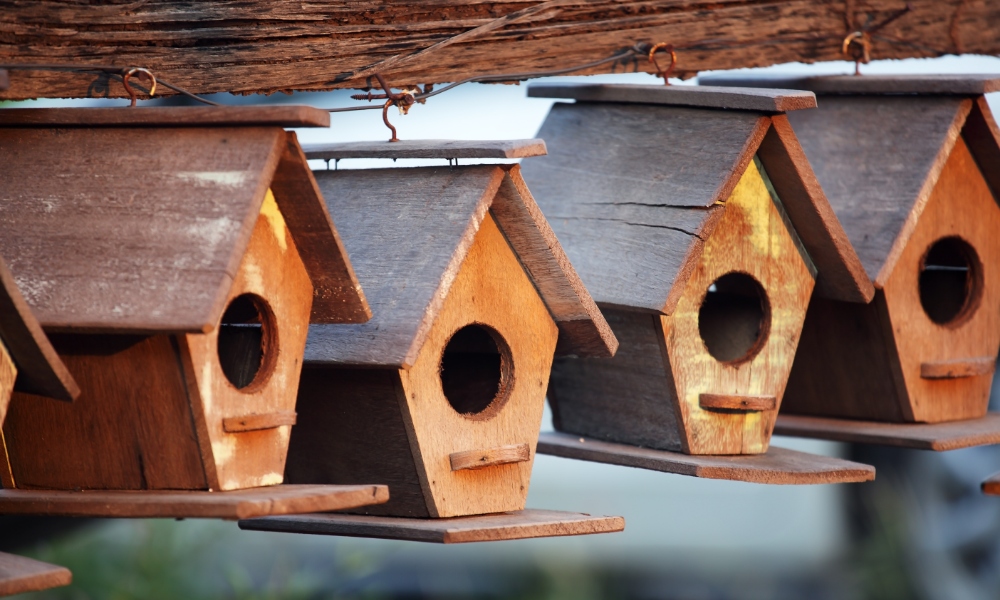 Recipient: Western Great Lakes Bird and Bat Observatory   Pairing a behavior change campaign with scientific research, the Neighborhood Habitat Improvement Project is a new initiative that aims to empower residents to improve habitat within their own yards. The goals of the project are to improve habitat for bird and other wildlife, improve scientific understanding of how urbanization affects birds, and nurture and promote a community of engaged, motivated, and knowledgeable citizen scientists.   Funding will provide support for the pilot year of the Neighborhood Habitat Improvement Project taking place in Port Washington, Wisconsin.
Learn More 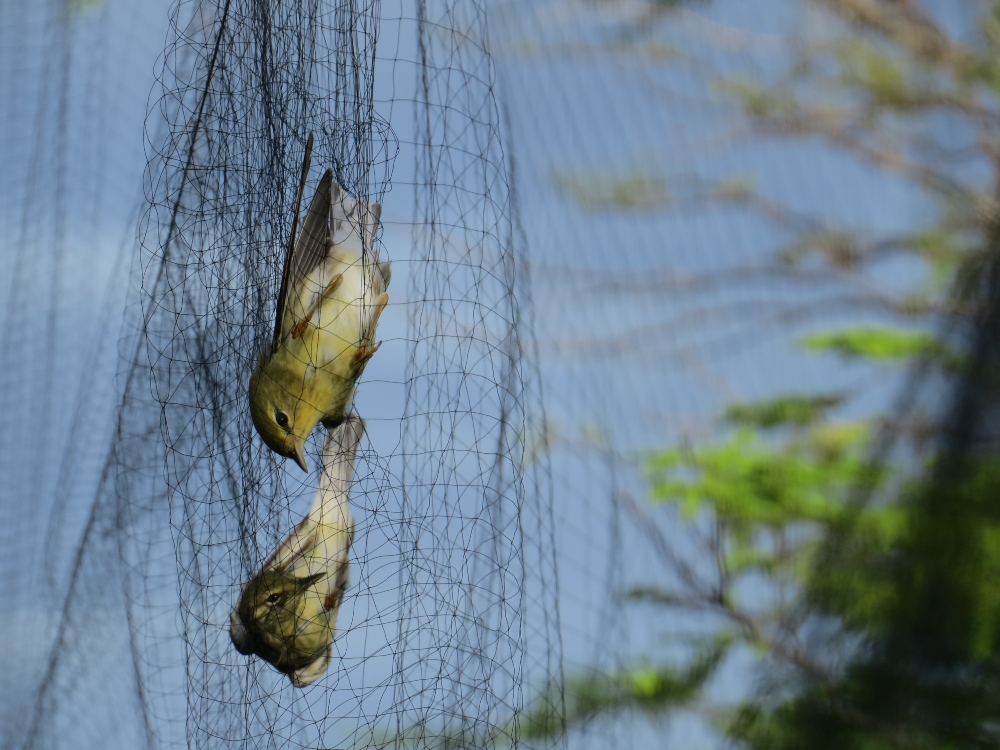 Recipient: Cornell Lab of Ornithology and SELVA  More than one billion birds migrate between North America and the Neotropics each year – yet despite this massive movement of birds the routes and strategies that these birds use is almost completely unknown. By identifying critical stopover sites and habitats in the Neotropics, the Neotropical Flyways Project helps to fill one of the largest gaps in our knowledge of the full life cycle of migratory birds, while promoting conservation efforts to protect these vital resources for the future.   Funding will support research in Colombia, Costa Rica, Honduras, Nicaragua, and Panama, as well as fund capacity-building efforts that will train local individuals and organizations from each country, while facilitating conservation efforts at newly identified stopover sites.
Learn More 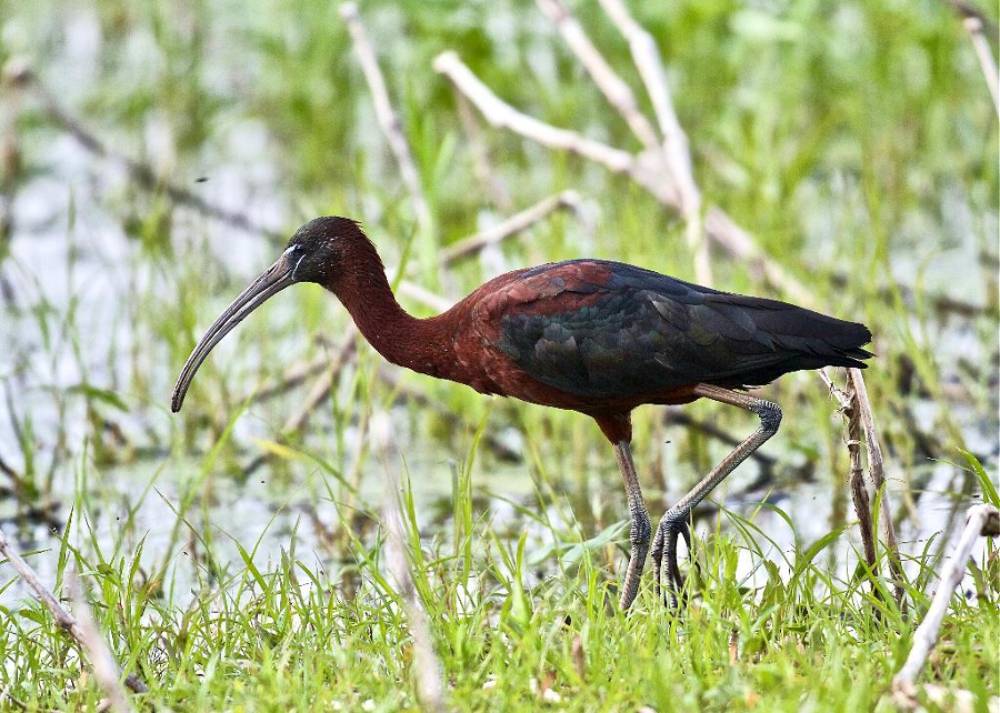 Glossy Ibis, a species discovered breeding for the first time in Wisconsin as part of the Breeding Bird Atlas II. Photo by Jack Bartholmai

Recipient: Wisconsin Society for Ornithology   The Wisconsin Breeding Bird Atlas is a pioneer undertaking, as one of the largest citizen science projects in the state’s history, and as the very first Atlas in the world to be recorded entirely on the Cornell Lab of Ornithology’s digital database, eBird. The final result will be a state-of-the-art resource that will inform local, state, regional, and national bird conservation efforts.  Funding will support data analysis – including reviewing and vetting more than 2.2 million entries contributed by citizen scientists – in order to have accurate data for the final Atlas publication, as well as support for photo selection and editing for the book.
Learn More

Thank you to the Wisconsin Society for Ornithology for their support in making the Great Wisconsin Birdathon a huge success this year.

This accomplishment would not have been possible without each of the incredible teams that participated this year. On behalf of the NRF team, thank you for the important role that you have played in the conservation of our Wisconsin birds!

The Neotropical Flyways Project is studying bird migration to help us understand the needs of migratory birds in their winter habitat.
Read More