Recovering America’s Wildlife Act: A Once in a Generation Opportunity 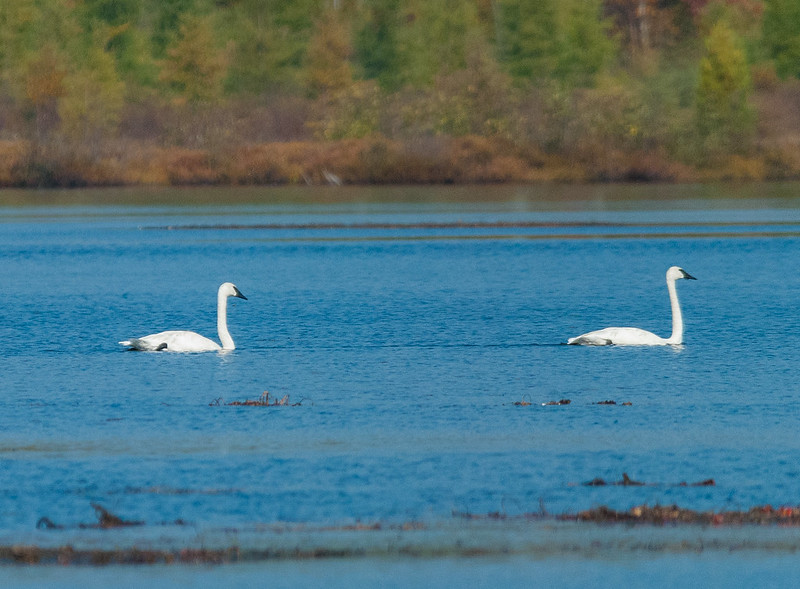 Wisconsin’s most inspiring wildlife success stories, the recovery of the sandhill crane, trumpeter swan, wild turkey, and bald eagles are all the result of coordinated conservation efforts. Photo by Joshua Mayer.

According to the Wisconsin Department of Natural Resources, the populations of more than 12,000 fish and wildlife species across America – and more than 400 in Wisconsin, are declining or so low they’re at risk of becoming threatened or endangered.

This is troubling news, but I am heartened to write to you today about bipartisan federal legislation that, if passed, would usher in a golden age for conservation for this generation. 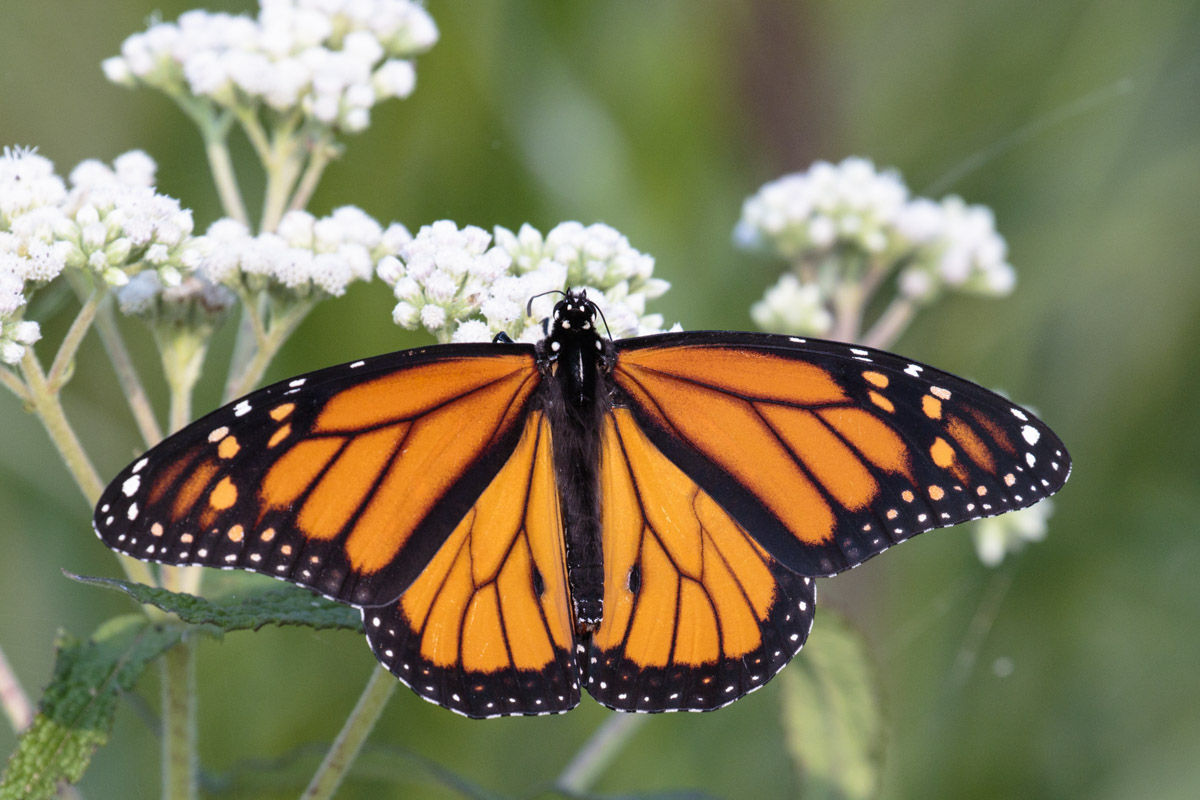 Pollinators like the monarch butterfly, rusty patched bumble bee, and Karner blue butterfly are examples of many wildlife species that would benefit from the Recovering America’s Wildlife Act. Photo by Bruce Bartel.

A major goal of this legislation is to prevent further declines in wildlife populations, keeping at-risk species from becoming endangered – no new taxes would be required.

Most of the $1.3 billion will go directly toward wildlife recovery efforts guided by the Congressionally mandated State Wildlife Action Plans, which identify 12,000 species of concern nationwide. Tribal Nations would receive $97.5 million annually to fund proactive wildlife conservation efforts for at-risk species recovery on tens of millions of acres of tribal lands.

In fact, if passed, Recovering America’s Wildlife Act would fund additional recovery efforts for the approximately 1,600 U.S. species already listed as threatened or endangered under the Endangered Species Act. 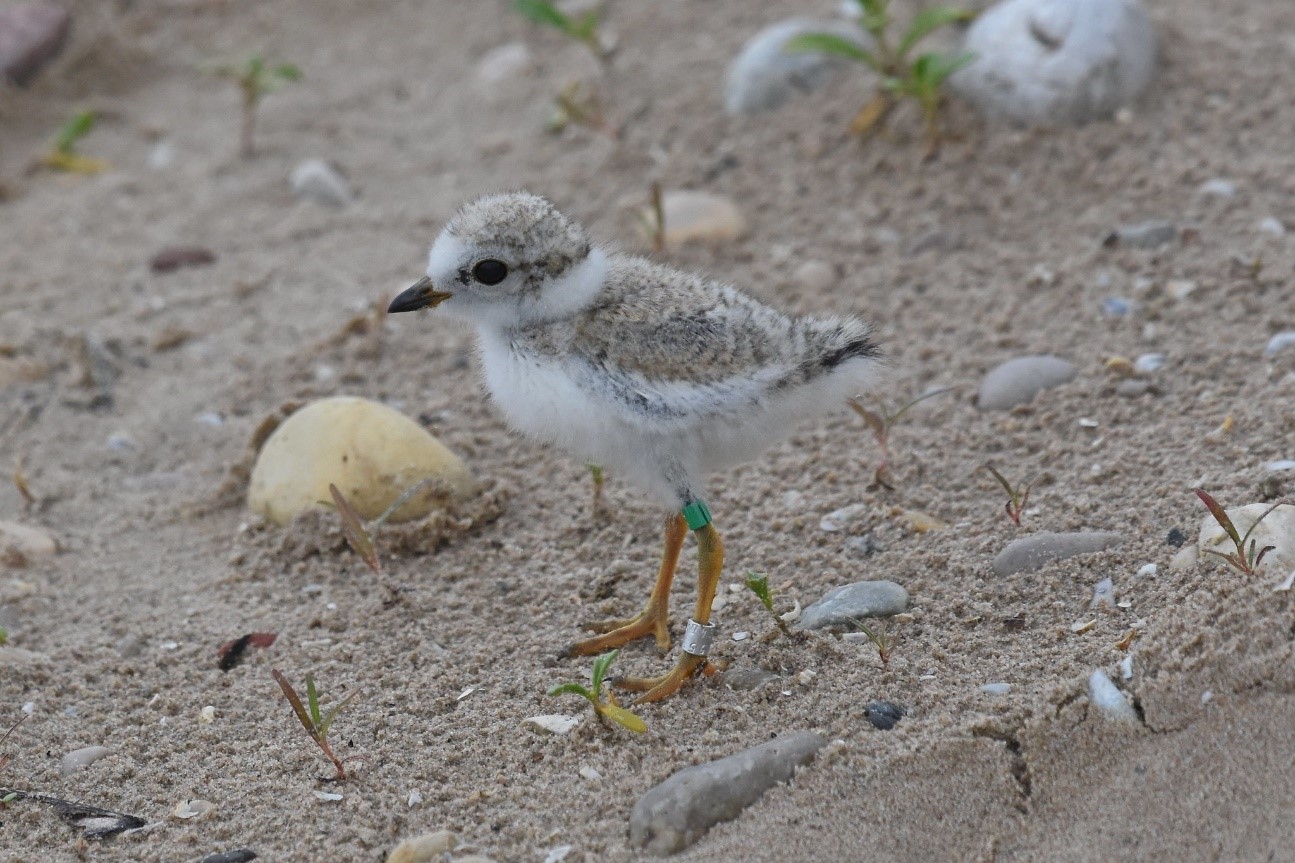 According to a report highlighted in the October 2019 issue of Science, since 1970 we have seen a 29% decline in North American birds (roughly 3 billion birds). Photo: Piping plover and chick, by Joel Trick.

What would Recovering America’s Wildlife Act mean for Wisconsin?

Here in Wisconsin, the act would increase funding levels for the Wisconsin DNR’s Natural Heritage Conservation Program from the current $1 million to an anticipated $20 million annually (approximately a 2,344% increase over current funding), supporting the efforts of the Wisconsin DNR and their partners to protect and steward Species of Greatest Conservation Need and their habitats.

For years Wisconsin has suffered from underfunding for caring for our native species and their habitat, but Recovering America’s Wildlife Act could change that. This bill, if it passed, will be a game-changer for Wisconsin, tribal governments, and states and their partners throughout the country to be able to respond to wildlife conservation needs.

Wisconsin also consistently ranks among the top states in the nation for bird and wildlife watching, a roughly $17 billion industry in the United States. Recovering America’s Wildlife Act will not only serve an important role in protecting our wildlife and natural systems, it will also help support Wisconsin’s economy and enhance the health and well-being of future generations. 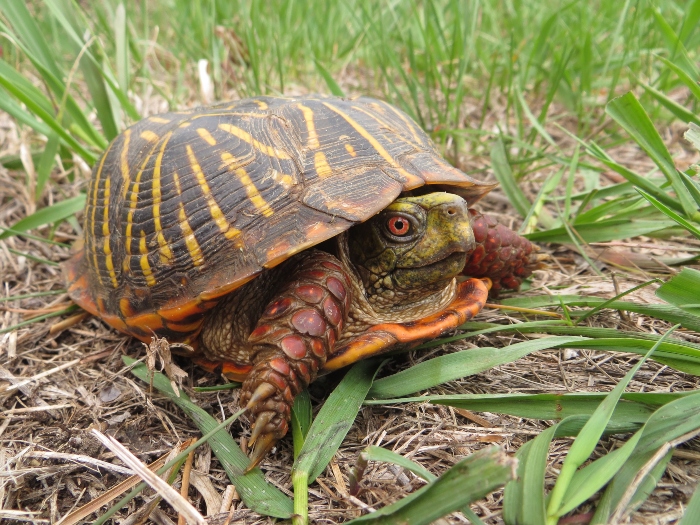 RAWA would ensure that states have the necessary resources to conduct large-scale conservation projects to benefit both game and non-game species. Photo: Ornate Box Turtle by WDNR.

Just like the Great American Outdoors Act, the Recovering America’s Wildlife Act has broad political and public support and the support of more than 1000 diverse businesses and organizations.

States and partners will be required to provide a 25% match to the federal funds, or roughly $5.5 million annually here in Wisconsin. Funding sources such as Wisconsin’s Knowles-Nelson Stewardship Program would be eligible as match.

The Natural Resources Foundation has a long history of supporting wildlife conservation efforts in Wisconsin, focusing specifically on rare, threatened, and endangered species. Since our founding in 1986 we have directed more than $3.7 million to bringing back species like the trumpeter swan, Kirtland’s warbler, monarch butterfly, and more. The Recovering America’s Wildlife Act would build off the work we’ve been able to accomplish, and provide a substantial amount of funding to have a huge impact on Wisconsin’s wildlife species.

We will share more about how the Foundation will be engaged in the Recovering America’s Wildlife Act, including playing a role in supporting the state match requirement here in Wisconsin as the conversation unfolds.

A healthy natural world is a value shared by all Wisconsinite’s, regardless of political affiliation. Let us come together to build a better world for our children and the many generations that follow.

Check back soon for more updates on Recovering America’s Wildlife Act and how it will impact Wisconsin.

How You Can Support the Recovering America's Wildlife Act

3) Sign and share the letter: Can you help us get 5 more businesses or groups to sign this letter of support? Businesses like those that make a living off the outdoors (outdoor gear and backyard bird feeders, bed and breakfasts, hunting/fishing/birding guides, and more) are especially valuable. Let’s show congress how important this bill is for people and wildlife.

4) Learn more about RAWA and how you can take action on the National Wildlife Federation website or the Wisconin DNR’s page on the Recovering America’s Wildlife Act.

5) See your impact: Learn more about how your support allows the Foundation to contribute to wildlife conservation efforts, or make a gift to support wildlife today (select “Wildlife” as your designation from the drop-down menu). 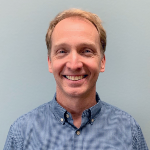 With staff and board, David helps build an inspiring vision to create a vibrant and durable Foundation which financially supports Wisconsin’s lands, wildlife and waters. David is responsible for overseeing the administration, programs and impact of the Foundation.

A Safe and Healthy 2021 Birdathon

Learn how to have a safe, healthy and of course, fun Great Wisconsin Birdathon!

Bringing the Birdathon to Your Classroom

Learn how your classroom can join the Great Wisconsin Birdathon and make a difference for Wisconsin’s birds!

Welcome to the Foundation, Caitlyn!

As we look forward to the next chapter, we are thrilled to welcome our new Outreach Coordinator, Caitlyn Schuchhardt.

It has been a record-breaking year for the Great Wisconsin Birdathon! Read about the amazing projects we are funding through our Bird Protection Fund.

This year the Great Wisconsin Birdathon participants broke record after record while birding and being socially distant.

This year the Great Wisconsin Birdathon participants took part in the Backyard Birding Challenge, finding an incredible 185 species in their own backyards!

Welcome to the Foundation, Sarah!

As we look forward to the next chapter, we are thrilled to welcome our new Birdathon Coordinator, Sarah Cameron!

The Bird Protection Fund has decided upon its 2020 Priority Projects, with more than $60,000 going towards priority bird conservation projects that range from research to reintroduction efforts.